It was in anger

that I killed the

where you’d left it

where I tried to

on the sweat-damp sheet

fighting for a breeze while

waiting out the last prove).

half dead in the sun,

as we peered through

flowing into the drain.

I do not feel better,

I would tell you,

(which you will not)

for my petulant act

that I’ll soak this

over a bad bake, 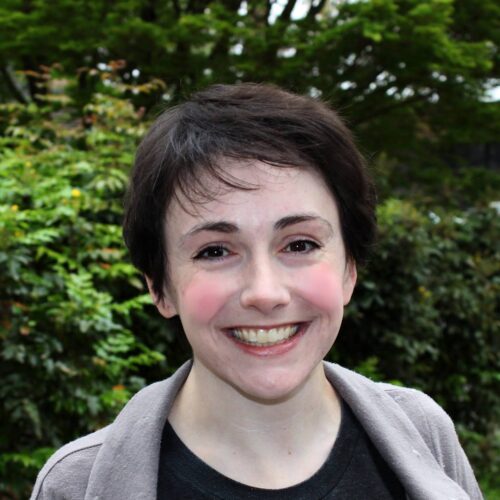 Heather Whited is originally from just outside Nashville, Tennessee, and after many changes of her major, somehow graduated from Western Kentucky University on time in 2006 with a degree in creative writing and theater. After a few years working and traveling that saw her hanging out on no few than three continents and gave her the chance to try vegetarian haggis, Heather returned to Nashville to obtain a Master’s degree in education. She now lives in Portland, Oregon, where she teaches in the public schools and at Portland State University. She has been published in several literary magazines. When not writing, she plays on a killer trivia team, beats her friends at board games, spends time with her dog, does not go camping, ever, and tries not to think too much about the vegetarian haggis.